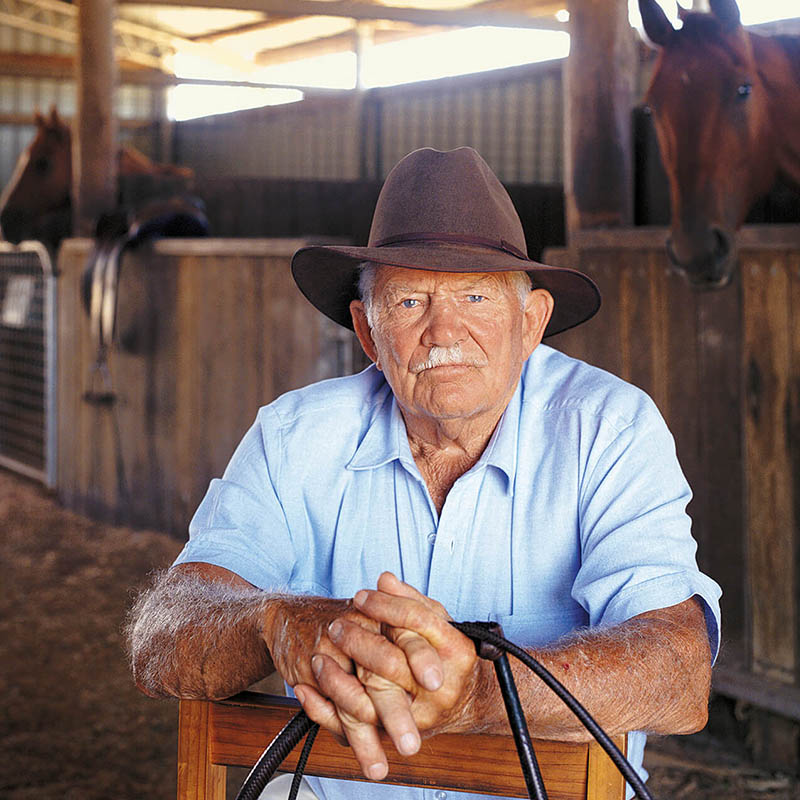 R.M. Williams was founded in Australia in 1932, by Reginald Murray Williams. RM learned his leatherworking skills from a passing horseman known as Dollar Mick, which enabled him to make his own saddles, which he later sold to the owner of a group of cattle stations. This inspired RM to set up his own shop in 1934, in his father’s shed in Prospect, Adelaide, which is now home to the R.M. Williams Outback Heritage Museum. RM quickly gained a reputation across Australia for his high-quality products, in particular his boots. 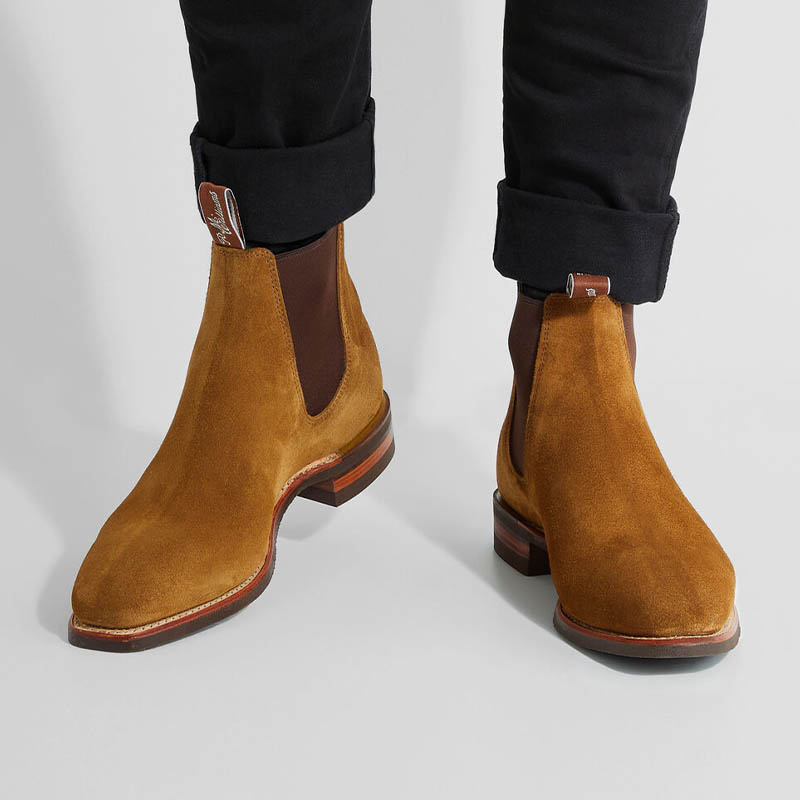 In the 1940s RM expanded his business to produce clothing inspired by outback and bushmen who worked the land. However, RM’s boots continued to remain a staple in the business. In the 60s, R.M. Williams released their biannual catalogue, which turned out to be one of the most sought-after publications in Australia. The 1968 catalogue won the Chicago Direct Mail Advertising Association award for the best of its kind in the world.

In 1978, R.M. Williams expanded and opened new shops in Toowoomba, Melbourne, Sydney, Brisbane and Perth. After the death of RM in 2003, his long-time friend Ken Cowley, who had been running the business since 1993, overlooked the global expansion of the brand, opening an additional 50 stores and diversifying the product range. The brand has continued to grow, and as of 2020, the iconic Australian brand is sold in more than 15 countries with 74 stores and 784 stockists.

Every pair of R.M. Williams boots are hand crafted, and therefore truly unique 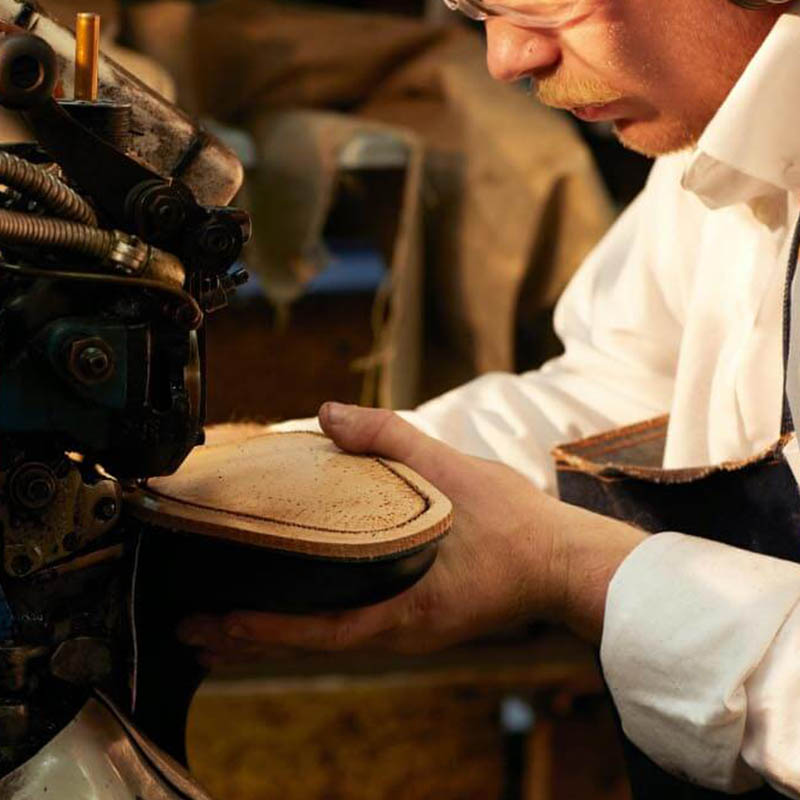 Every pair of R.M. Williams boots are hand crafted, and therefore truly unique. The brand does offer a made-to-order boot service, which allows the customer to create a completely unique boot design in 7 simple steps. First, choose the toe shape; there are six to choose from, then choose between the five different heel heights and five different sole types. Next, choose the width and length of your boots, and then the type of leather and the colour. Finally, add a personal touch to your boots by choosing the tugs, elastics, edge stain and a personal message to be engraved on the sole or heel edge. R.M. Williams state there are over 4 million variations of customisation. 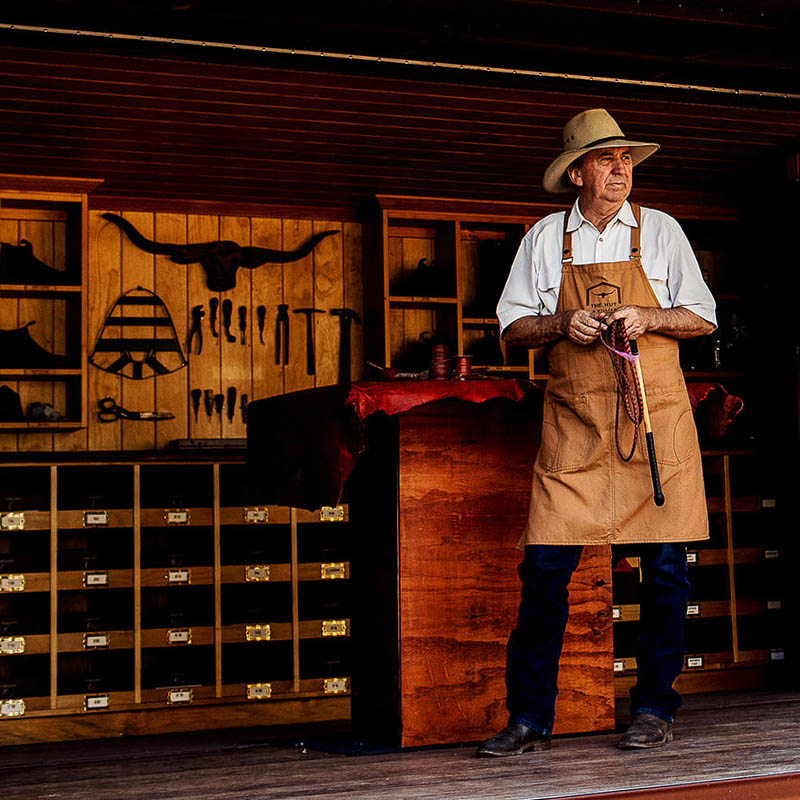 R.M. Williams have a travelling workshop known as ‘The Hut’. The Hut is inspired by the high-country cattleman’s huts, as well as RM’s first workshop, his father’s shed. The hut welcomes you with earthy smells of seasoned hoop pine and newly tooled leather. It is decorated with iconic signage, old-fashion quart pots and drovers’ mirrors, as well as an amazing collection of tools. The Hut is managed by Terry Goodear, Head of Heritage and Heartland Marketing. Terry also hosts a craftsmanship series, from which you can become an honorary R.M. Willims craftsperson. The series includes video tutorials and guides to teach you the skills to make your own quality leather goods with R.M. Williams’ limited edition ‘Maker Kits’. You can make your own sunglasses pouch, coin pouch, card holder, keyring and more! 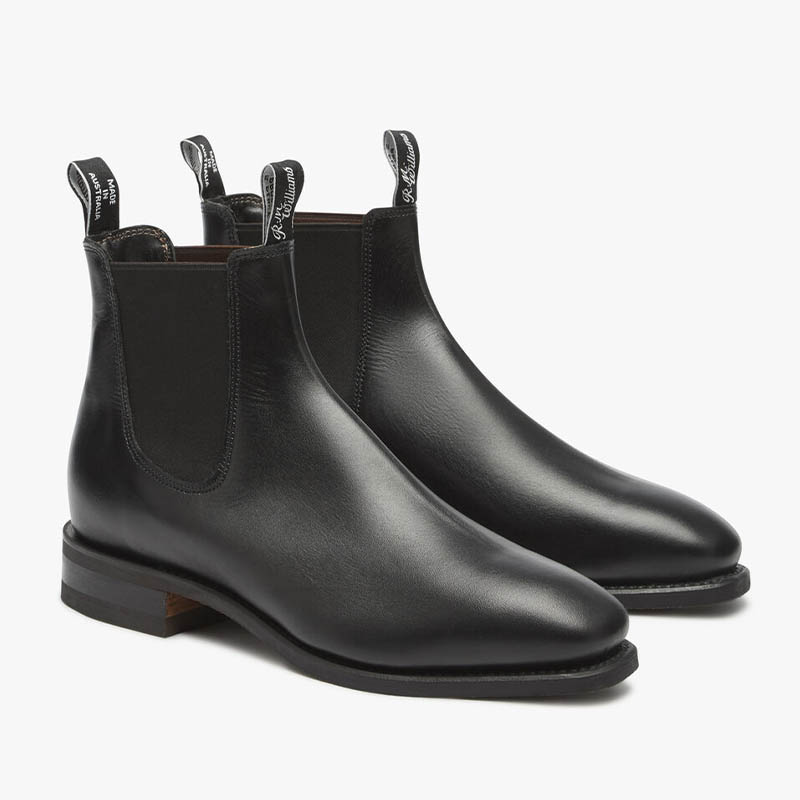 R.M. Williams source the world’s finest leathers and premium materials for all of their products, but particularly the Craftsman boot. Each Craftsman boot undergoes over 70 handheld processes by the most experienced craftspeople in the business. Their craftsmen and women carefully select and assess every hide to ensure they are premium quality, but also supply their own natural character.

The upper of the Craftsmen boots are constructed using a single piece of leather, in order to enhance durability and to create a clean, timeless look. Each pair of boots are twin needle stitched, which adds strength to the boot, whilst also providing them with their distinctive design. Each boot also features heavy duty elastic, for enhanced robustness. The Craftsman boots boast high quality soles, sewn with a leather welt strip for increased sturdiness, as well as allowing the boots to be re-soled and returned to new if returned to an R.M. Williams workshop. 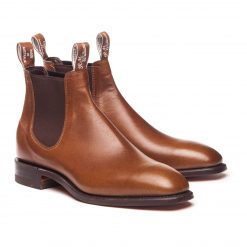 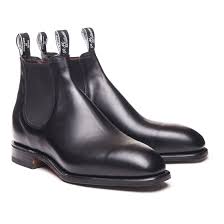 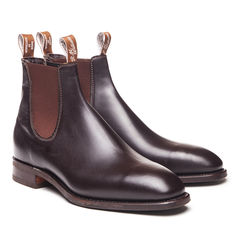 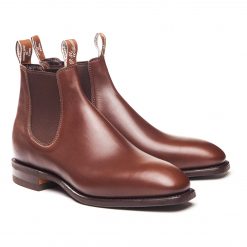