Born and raised in England, Penelope Chilvers spent every school holiday in Spain, in the province of Girona. She later moved to Barcelona where she explored her passions of painting and designing, collaborating with a variety of local artists. In her lunch breaks, Penelope often went riding, where she was introduced to the traditional Spanish riding boot. Wanting to bring the Spanish design and flare of the boot to England, Penelope commissioned local artisans to make the classic Long Tassel Boot.

After returning to the UK, Penelope worked from her kitchen table, selling hundreds of pairs of the Long Tassel Boot to a leading fashion boutique in Notting Hill. In 2004, Penelope designed her first comprehensive collection which launched at Paris Fashion Week. Since then, Penelope has opened two of her own stores in London, and her products are stocked in the finest boutiques all over the world, from Preston, to Zurich, to Toronto and New York.

Wanting to bring the Spanish design and flare of the boot to England, Penelope commissioned local artisans to make the classic Long Tassel Boot. 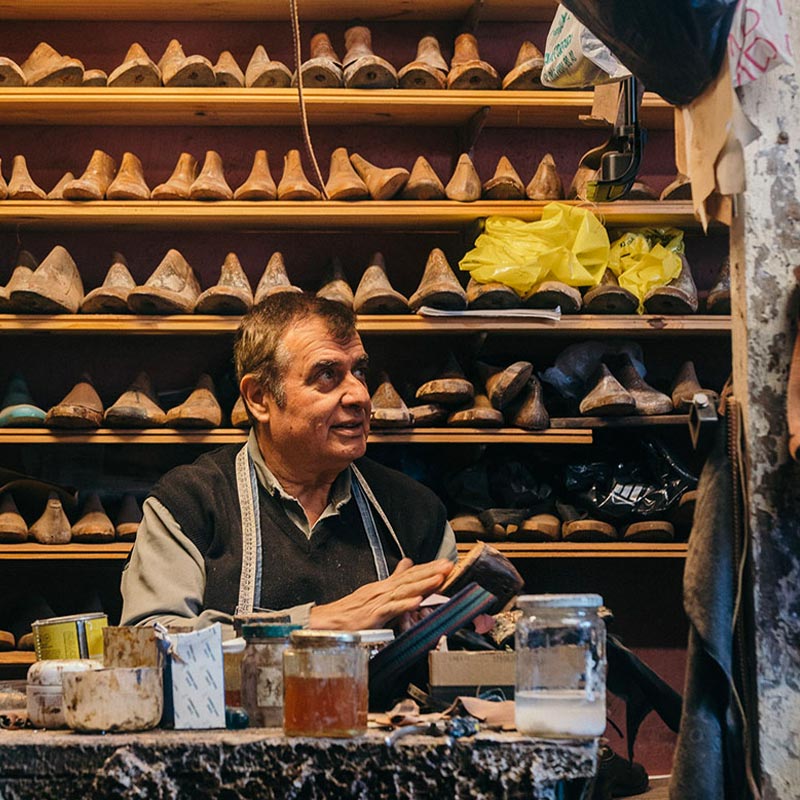 The customer experience is at the heart of Penelope Chilvers. If you are not able to access a Penelope Chilvers store, or one of the luxury boutiques that stock the brand, you can book a personal video appointment with one of the Penelope Chilvers team where you are shown virtually around the store and can discuss any products you are interested in with an experienced member of staff. Their London stores are designed as an escape from the external urban metropolis where customers can pop in and take a break from the urban jungle.

Penelope Chilvers offers their customers the opportunity to unleash their creative side, through their Dandy slipper service. Customers can design their very own unique pair of slippers, with the help of specialist staff, which will be handmade by artisan crafters in Spain. Penelope is passionate about keeping dying crafts alive, hence why all of Penelope’s boots are handmade, as machinery cannot replicate the beautiful, crafted details that are found when artisans assemble them.

The brand strives to be sustainable and retain a low carbon footprint from manufacture to delivery. Penelope Chilvers source their materials in the local areas surrounding their factories in Spain. Their packaging is also simple, and plastic free where possible. 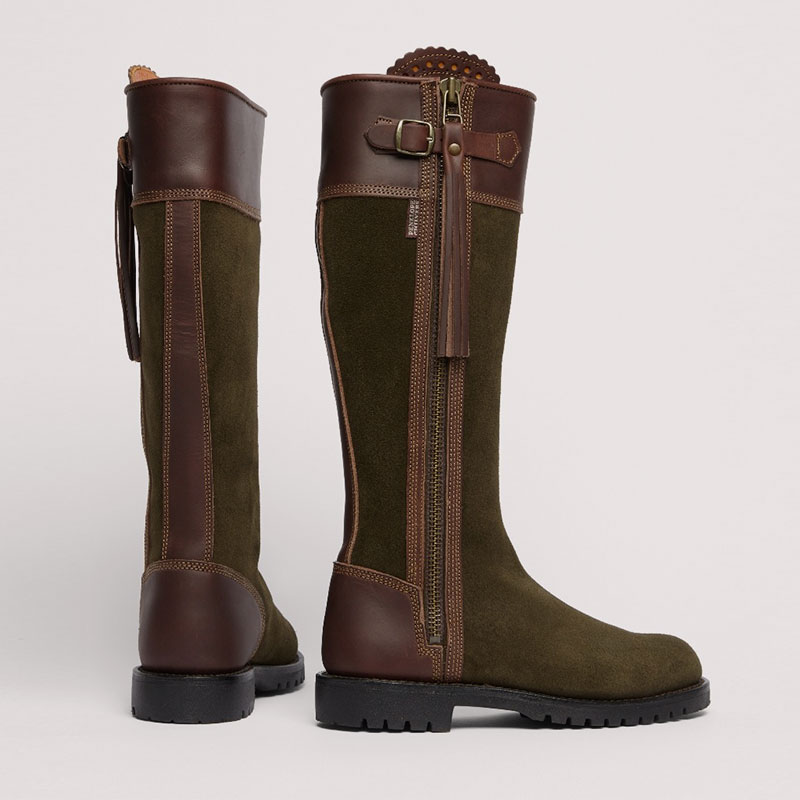 Penelope Chilvers boots are one of a kind when it comes to their innovative designs. Their Inclement Tassel Boot is a high spec technical boot designed for adventures. The boot is made from sustainably sourced suede that is weatherproof, oiled and Scotchguard treated for ultimate protection. Scotchguard is a natual formula that forms an invisible barrier to protect shoes and boots from liquids and stains, without altering the original look and feel of the material.

The boots also feature a protective inner gusset that been lined with Texalive, which allows the boots to be warm and waterproof, whilst also allowing your feet to breathe. A Goodyear welted rubber tread sole boasts comfort and longevity, and achieved the boots a high-performance rating in industry water-penetration tests. The Inclement Tassel Boot is standard length, yet still has the same leg lengthening appeal as the classic Long Tassel Boot. 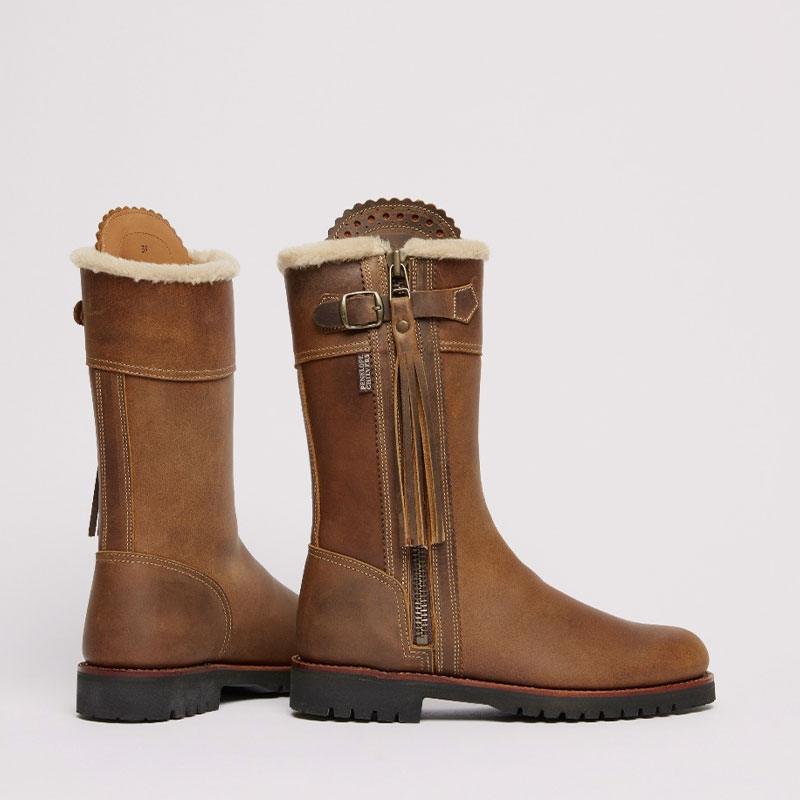 Similarly, the Midcalf Tassel Lined Boot is designed using water repellent Spanish leather. The boots have a fully lined, warm fleece interior and a Goodyear welt Commando rubber sole, which means these biker style boots are built to last. Finally, the boots are finished with a hand-punched scallop detail and a large leather tassel on the zip. 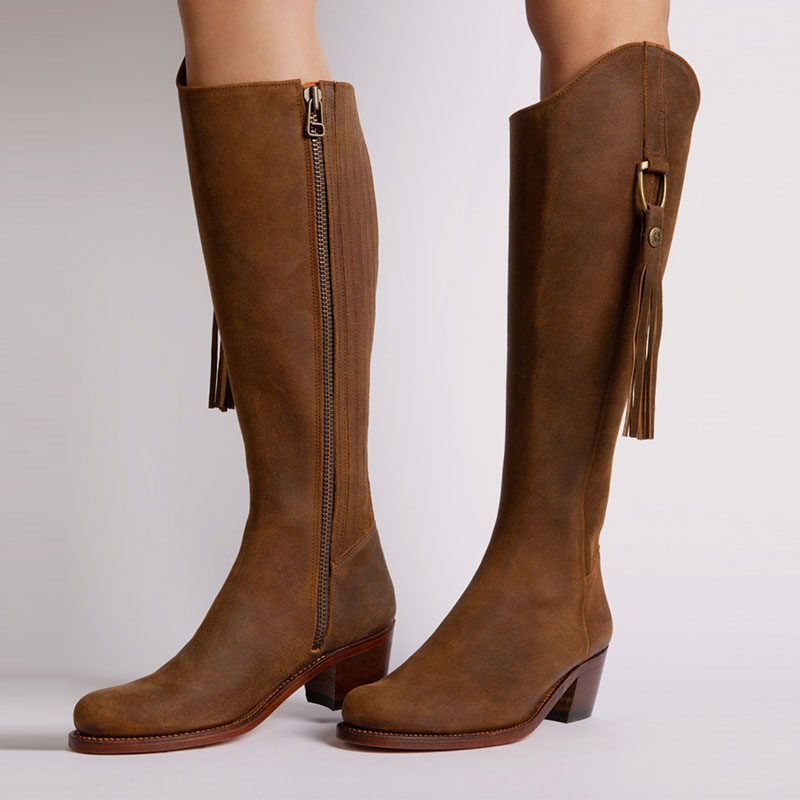 Inspired by Penelope Chilvers’ classic Tassel Boots, the Corbodan Tassel boot is also designed with a resilient oiled suede finish, which is gold rated against the LWG Standards for Environmental Auditing Protocol, further supporting the brands sustainability efforts. The boots are also designed to fit varying leg shapes and width, with elasticated panels allowing the boots to expand.

The Penelope Chilvers Inclement Tassel Boots, Midcalf Tassel Lined Boots and Corbodan Tassel boots are all available in our Rufford’s store in Garstang, or to shop online on our website. 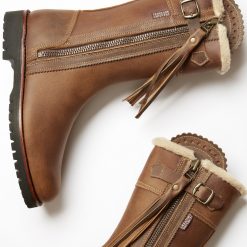